Those people who stay in residences or in small homes without a backyard have probably, at a few points, concept approximately how exceptional lifestyles could be if we had greater flowers and will definitely have a few thrilling matters to develop in our house—flowers, ornamental flowers, perhaps even a tiny vegetable plot. But except for developing flowers on a windowsill, there aren’t too many alternatives for a budding grower. (Smart Growing in the Modern Age)

Well, this is genuine maximum of the time however generation has come this kind of lengthy manner that we’ve to get admission to to a few wonderful devices which can flip any area into a few developing vicinities that may be as efficient as developing outdoor in case your degree it through the vicinity of developing area.

Smart Growing in the Modern Age

What is this device we’re searching for? It’s a clever developing device, a device like air flow fans, oscillating fans, move fans, LED develop lights, and watering structures that make the complete procedure a lot simpler through connecting this device to the net and being capable of manage it via an app.

While this will now no longer look like a massive alternate on the grounds that nearly the whole thing withinside the present day has a little connectivity with an app, it in reality indicates a completely new sort of product, one which may be managed from anywhere, may be adjusted in anything manner you want, and one that offers higher insurance or operation in a manner that may be programmed.

Let’s examine some examples of this innovative generation from VIVOSUN, a horticultural corporation primarily based totally out of Los Angeles, CA, that has been innovating withinside the enterprise for over a decade. (Smart Growing in the Modern Age)

Probably the maximum awesome contribution to indoor development is the VIVOSUN GrowHub Controller, which affords a platform in your device to communicate. These controllers are especially easy devices: they have got some of the ports on the lowest that connect with fans, lights, move fans, and humidity and temperature sensors.

While the wiring may be enormous while plenty of devices are connected, the end result is a streamlined operational platform. What units the VIVOSUN GrowHub Controller other than many different controllers withinside the enterprise is that it connects to Wi-Fi and to the VIVOSUN App so all controls may be taken at the move.

The 2d awesome shrewd device available in the marketplace are apps that permit growers to take manage of their devices. Like the VIVOSUN app, those apps do little matters that stand out withinside the enterprise.

They create programmable controls that encompass adjusting photoperiods, intensity, mild spectrum, fan speed & air quantity, on and rancid timing, move rates, or even a manner to application device to shape the degrees of boom a plant goes via.

They additionally permit growers to document modifications of their tent and make plans with virtual calendars and indicators. （Smart Growing in the Modern Age） 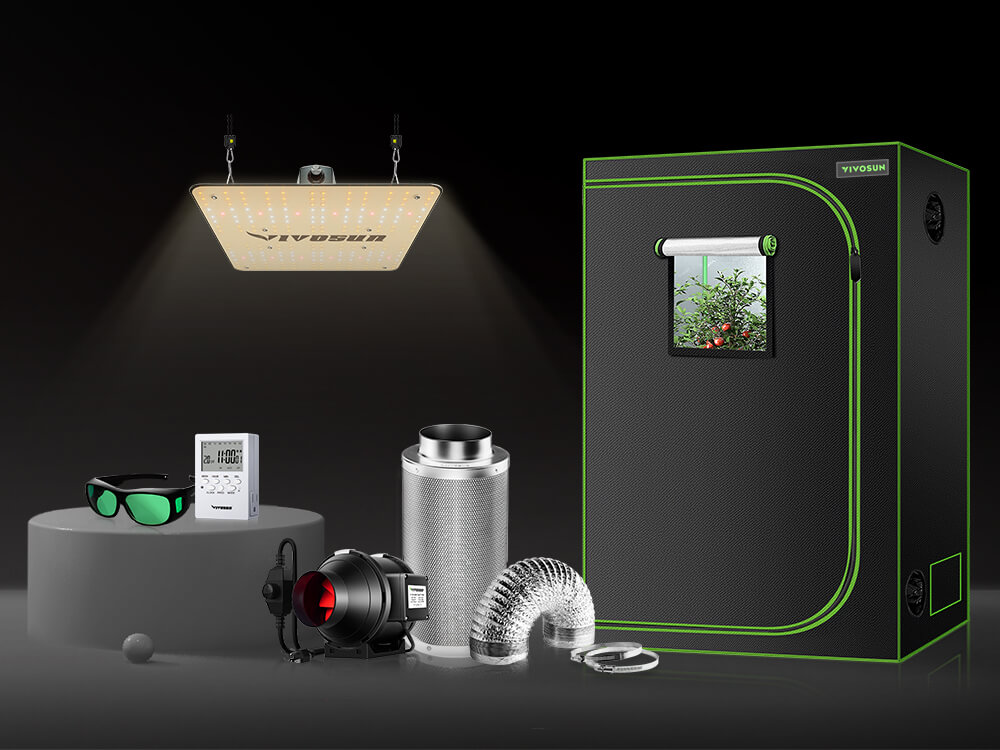 But what’s so interesting approximately those apps is they encompass a manner for growers to robotically develop a plant from its earliest degrees till it’s prepared for harvest. VIVOSUN says this option has become viable via hours of gaining knowledge of and growing the ideal spectrum healthy for every level of boom together with calculated photoperiods.

An interesting characteristic for novice growers, automated boom affords a manner to “set it and neglect about it.” These apps also alert customers after they want to test their tent by sending indicators to their telecellsmartphone if there are foremost modifications that move outdoor the parameters of the tent.

Another awesome addition to the indoor developing enterprise is the improvement of the VIVOSUN AeroLight. It’s a full-spectrum, completely programmable LED develop mild that makes use of the most up-to-date Samsung 301B diodes that emphasize blue, crimson, UV, and far-crimson spectrum for green plants and flowers boom. What units the AeroLight aside is an integrated move fan this is located withinside the middle of the device.

This function is an excellent area for a fan on the grounds that it’s each near the plant and immediately above the cover, which means airflow to the cover isn’t hindered through distance or angle. This LED device is likewise completely adjustable via programming, this consists of mild intensity, application photoperiods, or even mimicking herbal wind and sunrises and sunsets.

Finally, VIVOSUN launched the AeroZesh, a PWM-managed EC fan that makes use of a blended waft layout to create excessive static pressure, so air quantity will increase at the same time as noise is decreased way to a twin ball bearing layout. The layout brings VIVOSUN’s air flow to a brand new level, one which lets growers govern the trivia of airflow, which in flip allows them to manage temperature and humidity.

Overall, this new device of clever merchandise is about to alternate the enterprise through introducing a sequence of powerful, controllable device that supply greater usability to growers. This way growers have higher management, and greater information, and may make higher choices approximately how they domesticate their indoor garden. (Smart Growing in the Modern Age)

The AeroLight versus the Competition! 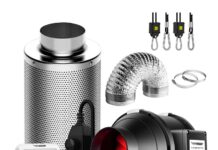 A Quick Guide to Matching Tents and Ventilation 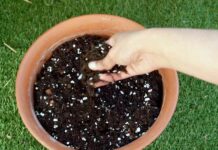 Which Grow Media Are Best for Growing Cannabis?

Your Guide to Growing with Coco Coir Do plants need a UV light?